To Mom with Love

The soul has merged with the whole
The dew drop’s
Truly become oceanic
So what do we mourn ???

The merger
The tranquility
The serenity
After the pain & struggle

Is she out there somewhere
Who knows
Truly feeling her inside me
Beside me, a part of me

Pain on the face giving way
To a beautiful smile
With eyes closed, as if
Seeing a lovely dream

Taking Mom on her journey
To her chosen destiny…

Impact of a Back Door 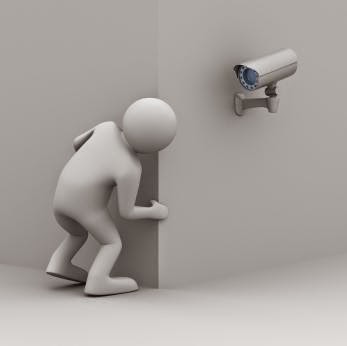 It is so amazing and exciting how the Feng Shui of every house / office opens up newer vistas of information and newer perspectives to life, along with its multi-dimensionalities.

When I was doing the Feng Shui Consultancy of this house, I noticed that it had two entrances, one in front and the other towards the back. For some reason all members of the family were using the back entrance only. The front door was only being used by the guests.

Here I need to mention that the back entrance was not a straight forward entrance, it was a little rigmarole through a passage and the kitchen. Yet the entire family preferred using that only.

I had this strong sense that they need to only use the front door. I was myself intrigued and was wondering why. I have done Feng Shui consultancy of  many premises with more than one entrances, and I did not have this sense.

As I was working on their house I realized the significance. This was not just another entrance. This was a round about back door. When we are using the back door, we are conveying something to the universe, the people out there. A back door entry normally symbolizes something hidden, something that is not being confronted, and resistance to address issues upfront.

When I discussed this with the lady of the house, she was willing to start using the front door herself, but had apprehensions how her family members may respond to this suggestion. And when she did discuss with them, giving them the background, they all readily agreed to start using the front door only, and closed the back door completely. So it was a smooth transition.

Yes this was just the starting point, and then we went on to the detailed Feng Shui of the house, and that was implemented later.

However, immediately after they closed the back door, a Pandora's box seemed to have opened up. The issues in their life which had been kept on the back burner, started coming straight into their face and had to be addressed, rather confronted. Not only this, issues that other people were sort of hiding from them started to reveal themselves. Yes it was to their benefit obviously.

Can you believe that just the closing of the back door opened so many things for them?

However, closing the back door is not a thumb rule for all houses with more than one entrances. A lot of other aspects need to be taken into account as well.

The Feng Shui of every premise has its own unique key features to be addressed.

This also opened a lot of things in my life, and taught me the importance of identifying and sealing the back doors in my life.... metaphorically speaking....

Considering the huge impact media often has on us, we can also hear many people feeling angry and agitated about it

As I watched the documentary, I was totally blown away by its impact on me.
It has hit me hard, and I am glad I watched it.
I am glad that someone filmed it.
It has shaken me up, and brought out so many revelations about myself.

I was angry about their portrayal of our country, the image.
I was angry that a woman can go through such helplessness.
I was angry at those men who are giving their judgments about the do's and don'ts for women.
I was also feeling ashamed at the state of affairs in our country.

Can I be mature enough to confront the reality and stop living in denial, just to protect the image?

Isn’t it a fact that a huge population in our country has this kind of mind-set, as seen in the documentary? Turning away from it, or banning the telecast of this documentary is just closing our eyes to these realities of life.

There is a need to educate these men… Simply punishing them or hanging them will not serve any purpose. Can we just pause and ponder over the possibility that they may not even be knowing another way?

I am so impressed by the girl’s parents, who are poor and do not seem to have much exposure to a lot of things in life, yet so gracefully evolved in their thinking.

What has this stirred up inside us? What are we feeling agitated about?
Haven’t we all experienced gender disparity in some form or the other?
Maybe not to this extreme. Maybe just fleetingly.
Maybe we don't have to live with it all the time.
But we seem to be resigned to it, and pretend that it doesn't bother us.

This film has made us feel ashamed and awkward, and we cannot deal with it.
It has thrown in our face how vulnerable women can be. And we don’t like it.
So we want to numb some emotions inside us, and live in denial. Is that a solution?

It is high time we start addressing issues rather than sitting in that high chair of judgment, and simply condone things.
Posted by Fifth Element at 12:39 No comments:

The Choices We Make

Recently a young couple had their first child born premature. The baby had to be kept in the incubator. After 2 weeks she started having trouble in breathing which was obviously a matter of huge concern..

When I was contacted for healing, I sensed that the baby is very strong, with a mind of her own. She was clear she does not want to go home and so had created this sickness. Let me be honest, a little part inside me was skeptical about this.

Well, I took her into healing energy and next day asked the parents if there is any issue with their house because baby seems to be refusing to go home. I was informed that their new house was ready to be moved in to, but elders in the family wanted them to wait few more weeks and then only move. I did suggest to them to explore the possibility of moving earlier.

After two weeks I got a call from them saying the baby has been discharged from the hospital, and they are taking her home. And guess what? They also informed me that they had moved into their new house the previous day.

Can you see how early we start making our choices, and to what extent we can go to have our way?

My learning - After this incident, I will not give any excuse ever in my life saying that I was helpless, I wasn't given a choice, or nobody helped me... We are too powerful for that at any age…. We are always making our choices whether consciously, subconsciously, or unconsciously...

My only concern now is that health issues could play a big role in this baby’s life....
Posted by Fifth Element at 02:38 1 comment:

I Am You and You Are Me

Humans are selfish
And so petty
Can't they be genuine
Stop gossiping
Why oh why
Don't they understand?

Look at me...
Am different
So genuine n great
Holier than thou
Purest of pure
A cut above the rest

Is that true
Of course
Well almost...
Is it really true
Well…..

Such a perfect one
Bit too perfect maybe
Oh crap...
It’s fragile too

New image for me
N blaming all
Can't you be happy
With who you are....

Why oh why
Are they stuck
In image

Look at me
I am
Not like them...
I am real
My image is real

You and me
How different are we
How alike are we
I am you
And you are me....
Posted by Fifth Element at 01:14 1 comment:

Fifth Element
A committed Life Coach, Business Coach, Leadership Mentor, Coach Trainer and renowned Feng Shui Consultant, Rita has spent several years of her life, transforming herself while bringing about transformation in the lives of many people. Her passion and dedication show in her deep understanding of human psyche and relationships. Academically a post-graduate in Organic Chemistry, she has been into International Logistics and also been a Stock Broker. She uses a simplistic methodology in her Life Coaching, melding Scientific Laws with the Laws of the Universe. She believes that opportunities don’t happen, YOU create them.