"Being Lonely" v/s "Being Alone"

When we strongly believe in something, from deep within, and our loved ones do not seem to agree with us,  understand us, or encourage us, how do we feel?

At times we just accept it, though with some degree of resignation which we smartly cover up and hide the hurt in the deep recesses of our subconscious. We are somewhere desperately hoping that at least one of them will say, I believe in you, go ahead.

How many of us have gone through such experiences at some point in life, to different degrees of intensity though? These are testing moments.

We need to check at that time what are we really feeling, by asking a simple question, “Am I feeling lonely, or am I feeling alone?”

Though sounding similar, their meaning is totally different. Understand the distinction between ‘Being Lonely’ and ‘Being Alone’.

‘Being Lonely’ is loneliness. It is the absence of a loved one, absence of someone we can trust and depend upon, someone we love and who loves us, or simply the absence of their support. One can possibly be with everyone and yet be lonely.

It brings inner growth, and thereby one’s evolution. It is in this presence that we experience LIFE, experience being really fulfilled, healed, and complete. We experience the oneness of everyone and everything inside us. This presence empowers us to live with dignity the life we choose. It makes us truly come alive.

Many years ago, I had planned to go to Vaishno Devi temple in Jammu, along with Anu, my friend who lives in Delhi. I went from Mumbai to Delhi, and Anu's son suddenly fell very ill. It was really not possible for her to travel with me, leaving him behind. I did not want to cancel my trip, so I decided to go ahead alone.

Two of my main fears in life have been fear of darkness, and fear of being alone. Yet surprisingly, these fears did not stop me from going ahead alone.

As I look back, that was a very testing phase of my life, where I was even challenging the presence of God. I firmly believed there is a creator, there is God, but is that God there for me had become a big question mark for me. I was absolutely exhausted experiencing insecurity and humiliation from my spouse. One day I even said to God, “If you are really there for me, give me some clear signal. I need to experience your presence.”

Having reached Jammu, I started the trek in the evening and reached the temple at midnight, meeting such wonderful people on the way that I did not even realize I was alone and that too at night. When I reached the temple, I had the most beautiful darshan. This temple is thronged by people 24x7. And in that very busy temple, I got the opportunity to be inside all by myself for a complete 10 minutes. Not one person walked in. It was as if someone had pressed a pause button. I think for the first time in my life, I could really experience the presence, divinity, oneness, the purity, the being. Those moments were magical. I felt so completely secure, protected and provided. As I stepped out of the temple, I just sat on the steps and cried. These were tears of immense joy. My faith in God, a higher power got reinstated.

Back in Mumbai, someone said she admired my guts, and I realized that I myself did not know I had these guts. I simply surrendered and trusted the universe. I had literally been pushed by the universe to go beyond my self-inflicted fears.

The irony is that I felt lonely and insecure in my own house, and I experienced security and oneness in that faraway place. I experienced the presence of myself. I was truly experiencing ‘Being Alone’.

This became a major turning point in my life, my first step to transform from ‘Being Lonely’ to ‘Being Alone’. As I got to experience the real ME, it was truly liberating. I reclaimed my own powers. I was in bliss.

One End of the Leash 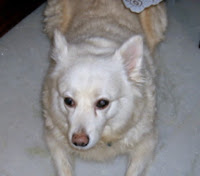 Till one day
It hit me
N hit me hard indeed
Oh no....
T’was Sherry in control

She decided
When to walk, or run
Who to bark at, or just sniff
Where to pee
Or simply sit, n look around

How oh how
Could I regain it my friends
T’was simple
Dropping my end of the leash
Freed me indeed
Posted by Fifth Element at 10:10 1 comment:

Is Punishment a solution?

Salman Khan has been sentenced to five years in jail over the killing of a homeless man in a 2002 hit-and-run incident in Mumbai. Indian judge DW Deshpande found Khan guilty of culpable homicide after driving his Toyota Land Cruiser into a group of homeless men sleeping rough in suburban Mumbai after spending the evening in an upmarket bar. One man was killed and several others were injured in the accident.....

I heard the news and saw the way people are passing their own judgement over it, and are busy posting it on FB.... and everybody is liking the post...

Somehow I am pained about the entire thing.
What has happened to our sensitivities?
Are we too judgmental?
Are we unwilling to forgive?
Do we believe in giving someone a chance?
Where is our tolerance?

These are some questions floating around in my head. I sure don't want to be opinionated, but I am wondering if punishment is a solution. It is a big question mark for me.

This is not just in reference to Salman Khan, but to a whole lot of people out there who are serving sentences in the prison, or going through some sort of punishment, be it by the legal system, or by an institution, a society, or even a sect or family.

This is also about the addicts, the abusers, the less successful, the highly successful, underprivileged, the elite, the obese, compulsive liars, the dark skin, the famous.... and the list can go on.

As a society, as humanity, where are we heading?

I am not by any chance saying that all these are not issues for us at large. Of course they are major issues that need to be addressed. Punishment at best is a way to evade the issue rather than addressing it. It is truly a way to discard people, as if no one cares.

However small, or big the crime may be, the wrongdoing may be, punishment is definitely not a solution. When a verdict is given, and punishment of whatever intensity is meted out, it indicates that we think these people are beyond correction. We are excluding them. By putting them behind bars and punishing them, we are giving up on them, and giving up on ourselves too. It reflects badly on our capability, and the capability of our systems as well.

I seriously think the judiciary system across the world needs to go through a complete revamp. It would rather be better to have rehab centres, where people are sent with a hope to reform, learn and come out as better humans.

Can we truly care for them?
Can we be compassionate towards them, and let them know we believe in them?
Can we own up to them, and treat them like our own children, siblings, loved ones?
Can we stop being dictatorial and harsh?

Giving punishment, not listening, not giving a chance, etc. are some of the things that are responsible for creating terrorists and extremists.....
Posted by Fifth Element at 02:59 No comments:

The significance of our Fifth Element Logo:
Ø Planet earth in the middle, signifying we are Global / Universal.
Ø      The Inner globe and Outer globe denote the Microcosm and Macrocosm.
Ø Sense of a rocket going into space to explore the realms beyond our perception.
Ø       Multidimensional effect, denoting the Multidimensionality of Life.
Ø The Pyramid, representing harmony and unity within us, and with the environment. The individual building blocks of the pyramid are lessons we have so far successfully completed, and are living in awareness of them, while completing our pending lessons.
As soon as the top of the pyramid has been built to the necessary height and the whole structure has been cleanly rendered, the highest goal can be said to have been reached.
One is in perpetual harmony with Self and one’s environment

The Four Elements Fire, Air, Water, and Earth are considered to be the building blocks of existence at all levels. They are the Universal Forces upon which life depends.
FIRE   – Energy and Vision, Warmth, Inspiration, Enthusiasm.
AIR    – Intellect & Compassion, Social qualities.
WATER – Emotional Needs, Feelings and Nurturing.
EARTH – Material Interests, Realism, Practicality and Stability.
As we learn to balance these Four Elements in our life, the Fifth Element also known as Quintessence (derived from quinta essential – literally meaning ‘fifth element’) is activated.
This is a vital force of energy that we need for Alchemy of Body, Mind & Soul.
Alchemy is transformation of base metal into gold.
Alchemy is transformation of suffering / drama of life into Consciousness.
The Ancient and Medieval Philosophy considers the Fifth Element as the highest element that permeates all nature. It is the underlying essence out of which the four material elements are precipitated. It is the key to our Metaphysical / Spiritual development.
It is also known as Akash or Aether.
According to Hindu Philosophy, it is the One, Eternal, and All Pervading substance which is imperceptible.

Posted by Fifth Element at 02:25 No comments:

Fifth Element
A committed Life Coach, Business Coach, Leadership Mentor, Coach Trainer and renowned Feng Shui Consultant, Rita has spent several years of her life, transforming herself while bringing about transformation in the lives of many people. Her passion and dedication show in her deep understanding of human psyche and relationships. Academically a post-graduate in Organic Chemistry, she has been into International Logistics and also been a Stock Broker. She uses a simplistic methodology in her Life Coaching, melding Scientific Laws with the Laws of the Universe. She believes that opportunities don’t happen, YOU create them.